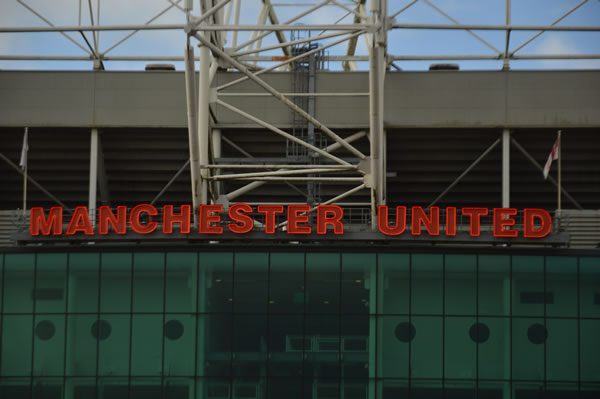 “MUFC is our religion” is the printed sign above the Stretford end at Old Trafford. Sport and Media are such mountains in our society – they shape what people believe in, how people view themselves and treat others. Some stories from Children Changing Nations inspired some members of Vinelife Church, Neil & Sarah Cornthwaite, to gather children to release heaven in this area.  On Saturday 17th January, 2015 the first Operation Manchester began, with young people from VineLife and St. Chad’s Romley.

The day started with worship at The Anchor, an old pub owned by VineLIfe, and now a stylish coffee shop and meeting room. This was followed by Nick from CCN talking about being Ambassadors, that bring the culture of heaven. The young people and adults then leapt in cars and drove to Old Trafford, the home of Manchester United to talk to God about the affect of sport & its associated media in the nation.

This time began with Q&A in a MUFC classroom, and a tour of the Stadium. As the group , went on the tour they prayed individually in the Disabled Area, The Media Suite, The VIP lounge, Dressing Room and Dug-Out. The guide shared about the desire for Manchester United to be like a family, how they have ambassadors, how they support local children who struggle at school.

Following the tour the group were kindly hosted by Gary, who works for MUFC overseeing the land i.e. stadium, training facilities etc. He shared his testimony and the children heard God speak about sport in the nation, they prayed using Match Attax (football trading cards) and shared what Holy Spirit had shown them on the tour. The children then created red cards to ‘send off’ themes like racism, violence, corruption, dishonesty, inequality, poor role models etc. Together they held the cards up as a declaration shouting ‘No More…’

The final time back at the Anchor was spent worshipping, sharing quick testimony informally and then asking God to open opportunities in: The BBC, The Police Force, The Hospital & Local Government.