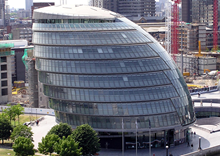 A CCN team prayed at City Hall.  We had the opportunity to walk through the grounds of the Tower Of London. Here there were two large statue lions.  The children prayed to Father God today like a lion roars. Their prayers resonated across the city and then nation, like a roaring lion.

The team then walked onto Tower Bridge and blew bubbles – releasing heaven’s presence.  This is a major gateway into London, steeped in history and significance and the children asked Father God to bring joy.

We then went into City Hall and prayed for the 7 mountains of culture/significance by standing in key places.  We prayed for Government, Politics, Sport and Media.  Standing on Wimbledon, Westminster, QPR, Wembley, The BBC, some of the children’s own schools and homes.  It was very powerful to release heaven in this way.