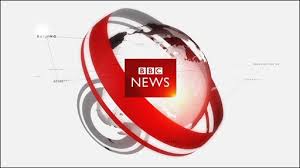 The BBC news centre just off Oxford Street broadcasts The One Show, News 24 and all national news broadcasts.  Outside the centre many places, locations and cities are named, as the BBC broadcasts to the nations.  Here you can deliver your own news broadcast from a BBC desk.

What news would Father broadcast?  What would news say if ‘…it was on earth as it is in heaven’

The Shows!
The West End shows are famous around the world.   You may have heard of some, Shrek, Cats, Phantom of the Opera or Billy Elliot. Here many actors, directors and producers earn a living.  The choices of new show, the themes and storylines change our society.

PRAYER:  Pray for
The West End– that guests have good evenings, that shows are safe and actors, directors and producers bring quality musicals to audiences.